We need your help now, more than ever!

GOO! is an all volunteer organization fighting the biggest oil companies in the world on a budget of less than $20,000 per year.  We have been protecting the coast of California for 41 years and we could really use some donations to help us in this work.

We work for free, but our attorneys cost money, and so does just about everything else.  A donation of any amount would help us keep the doors of this organization open. Thank you.

Pay online, or send a check by mail:

Two significant actions occurred in 2022 that will greatly impact GOO!’s ongoing work in 2023.

On March 8, 2022, the Board of Supervisors denied Exxon’s request to truck oil from Las Flores
Canyon to Santa Maria, an action that resulted in Exxon/Mobil suing the County. Secondly, Plains sold its interest in Pipelines 901/903 to Exxon/Mobil, which in turn, is proposing to sell its newly acquired interest to Sable, an unknown company.

These issues, as well as the status of platform decommissioning in both state and federal waters and the Federal OCS Five Year Leasing Plan are described in more detail below.

Proposal to Truck Oil from the Gaviota Coast to Santa Maria.

In 2017, Exxon filed an application with Santa Barbara County to construct a truck rack and transport up to 70 trucks of oil per day (10,000-12,000 barrels/day) along Highways 101 and 166 from Las Flores Canyon to Santa Maria for up to seven years. On March 8, 2022, consistent with the County Planning Commission’s recommendation, the Board of Supervisors denied this risky proposal. This success was due in great part to a substantial amount of work on the part of GOO! and its partners, Santa Barbara County Action Network (SBCAN) and the Environmental Defense Center (EDC). On May 11, 2022, Exxon filed a lawsuit against the County in Federal court (involving both federal and state issues). EDC, GOO! and other environmental groups have been granted permission to intervene on behalf of the County. If our efforts are successful, Exxon will be unable to restart production on its platforms in the Channel, one of the key reasons that GOO! opposes this project.

Proposal to Construct a New Pipeline from Gaviota to Pentland

Plains All American Pipeline, which filed an application with Santa Barbara, San Luis Obispo and
Kern Counties in 2017 to replace pipelines 901/903 from Las Flores to Pentland, recently sold its
interest to ExxonMobil. In turn, Exxon-Mobil is proposing to sell that interest to Sable, a little-
known company. It is not clear whether Sable will pursue a restart of the existing pipeline or pursue permits for the new 125-mile pipeline. GOO! is working with the Environmental Defense Center (EDC) and SB County Action Network (SBCAN) to determine the answers to these critical questions. Additionally, GOO! will continue to monitor the permitting and environmental review processes for the proposed new pipeline, which would have the capacity to transport 40,000 barrels/day. A 2.5-mile segment would run through the Carrizo Plains National Monument which did not exist when the original pipeline was built. A 100,000-barrel storage facility will also be needed at the Sisquoc pump station. Approval of either a restart of the existing pipeline or construction of a new pipeline would result in the start-up of Platforms Hondo, Heritage and Harmony. The release of the DEIR, now on hold, could occur within the next several months.

It is excellent news that numerous decommissioning projects are moving forward. All of the wells on Platforms Hidalgo, Harvest and Hermosa (Point Arguello Partners) as well as Platform Grace (Chevron) in federal waters off the Gaviota Coast and Carpinteria, respectively, have been successfully plugged and abandoned (abandonment work continues on Platform Gail in Carpinteria). Preparation is now underway for plugging and abandoning the wells on Platforms Hogan and Houchin (Signal Hill/Conoco Phillips). Following an 18 month pause due to COVID-19, the plugging and abandonment process on the 30 wells on Platform Holly, in State waters near Ellwood, is now very close to completion. The feasibility study/environmental review and permitting for decommissioning Platform Holly is slated to begin in 2023, followed by actual decommissioning expected to take 2 – 3 years. GOO! will continue to follow these efforts to ensure that any significant impacts to the marine environment surrounding these platforms are avoided.

Following the rejection of a proposed Draft Five Year Leasing Plan that would have leased almost all of the existing unleased tracts in the country, the Department of the Interior issued a new Draft 2023-2028 Five Year Leasing Plan in June, 2022. Fortunately, this Plan does not propose any leases in the OCS Pacific Region.

As you can see from this list, GOO! has much to do! Additionally, GOO! will continue to keep its radar attuned to all other oil development proposals that threaten our coastal environment.

Your support is critical to our fight against further oil development and our promotion of the local movement for renewable energy alternatives.

Please help us by becoming a new member or renewing your membership/renewal payment today! Your contribution will advance our shared goal of preserving the astonishing beauty of Santa Barbara County, which we are so lucky to call home. 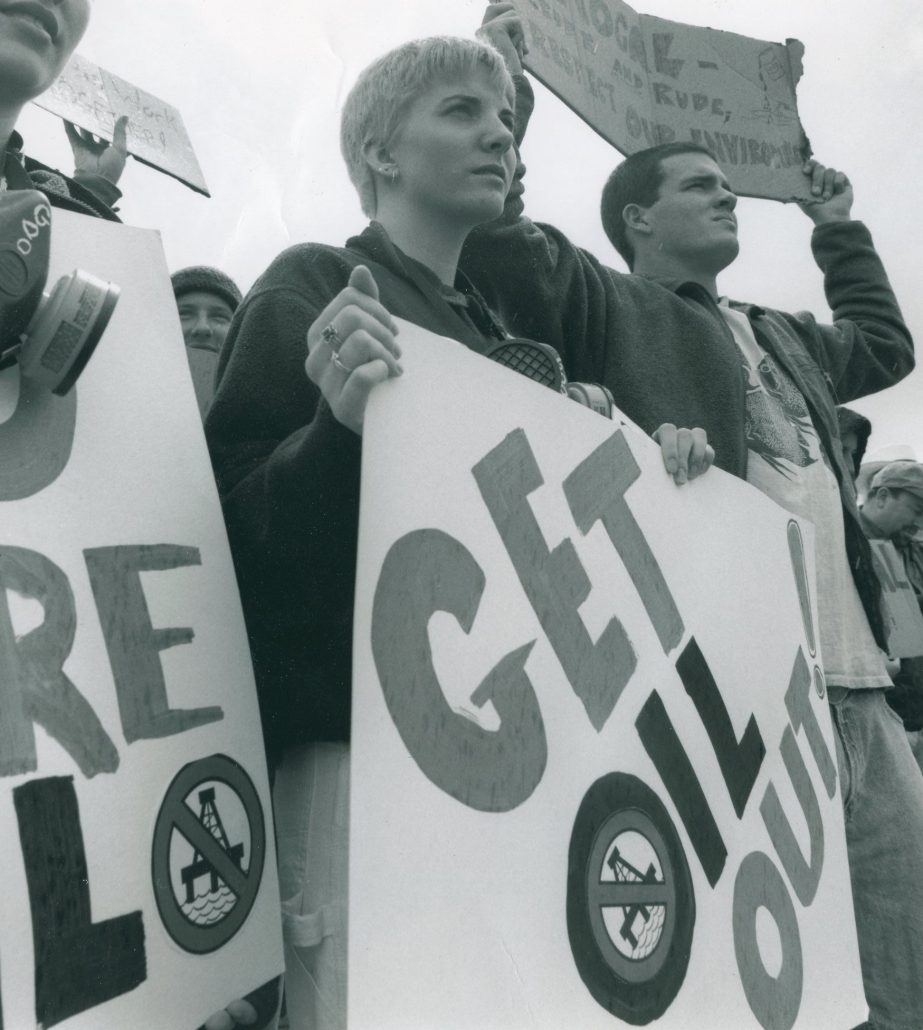